"Ai no Swing" and "Onna no Bake-gaku"

Maaya Takeda was on Taylor Guitars Roadshow “Home Edition” on August 22nd, which was streamed live on YouTube. On the program, she performed two of her new songs “Ai no Swing” and “Onna no Bake-gaku” that were created during the lockdown for the coronavirus epidemic. 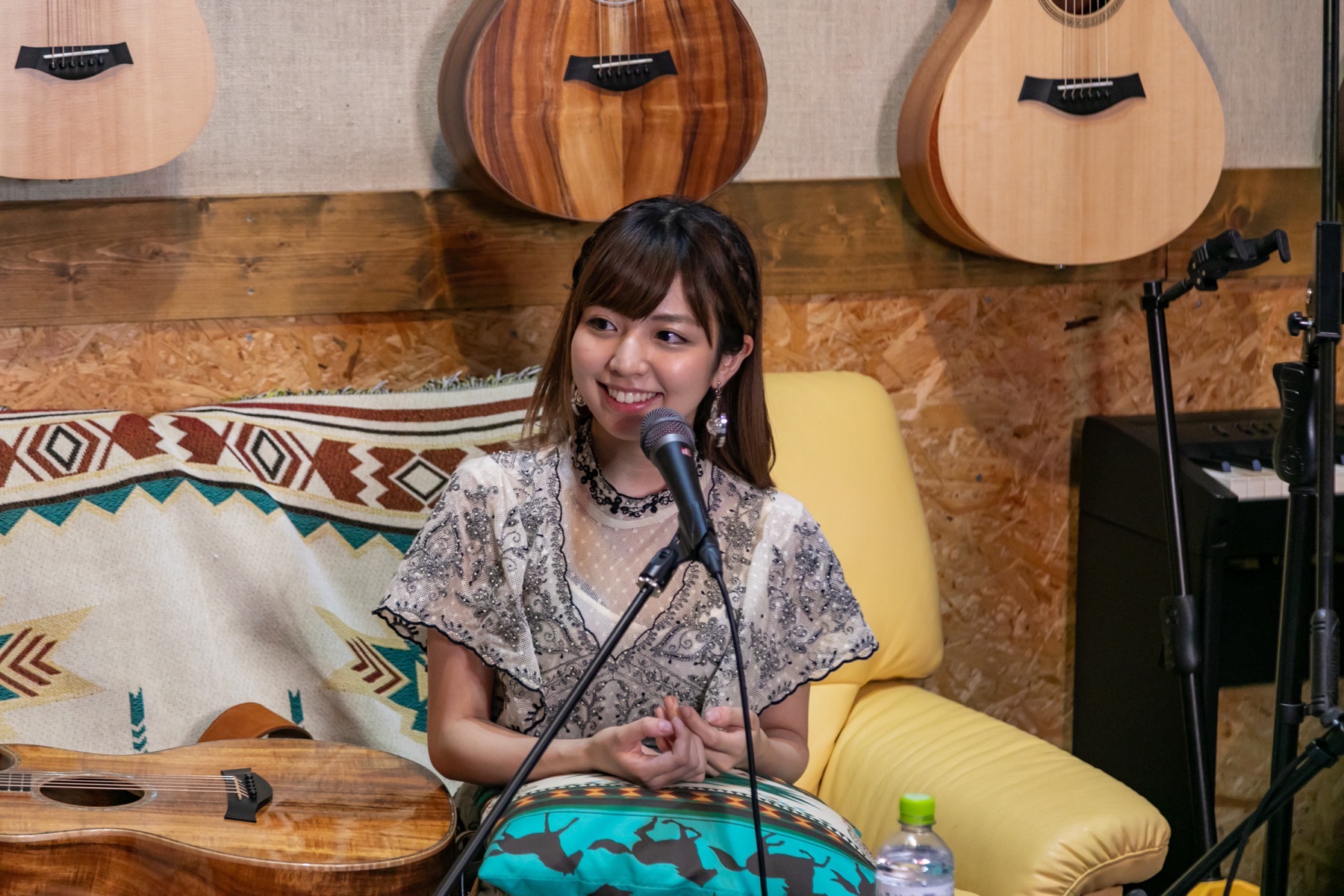 “Ai no Swing” was the song born on the day before her birthday, August 21st. Her father gave her a “Newton’s cradle” as her birthday present. he was playing with it and felt something, and wrote the song.

In the end part, she sang the song “Onna no Bake-gaku” with two guitarists, AOI Michelle and Masaki Toraiwa. Michelle was a guest same as Maaya and Toraiwa was the host on the program. The song is melodious and it has a feeling like a spring wind blowing and moving through the grass and trees. Listening to the song, we had an impression to know that Maaya advanced to the next level as a songwriter. 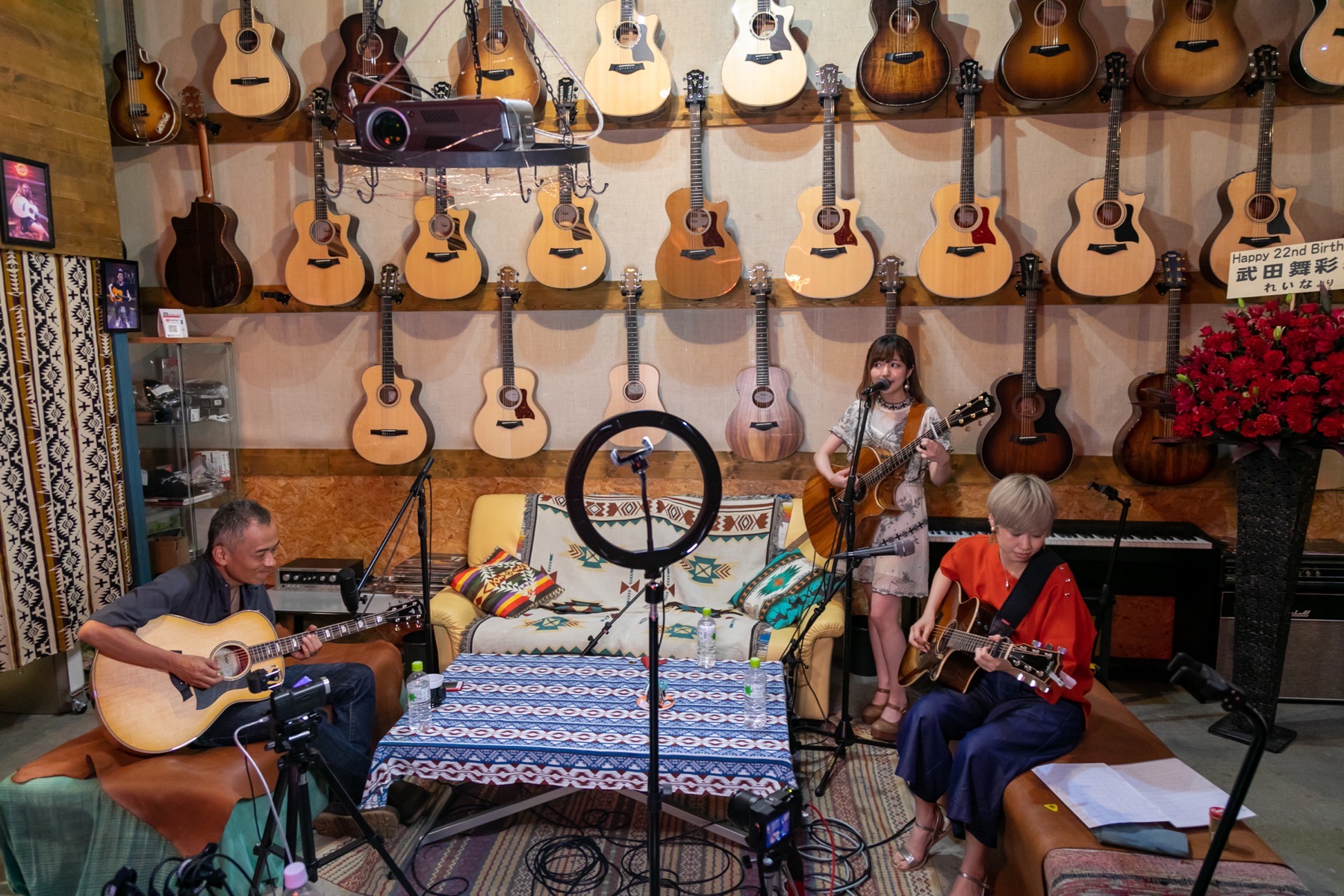 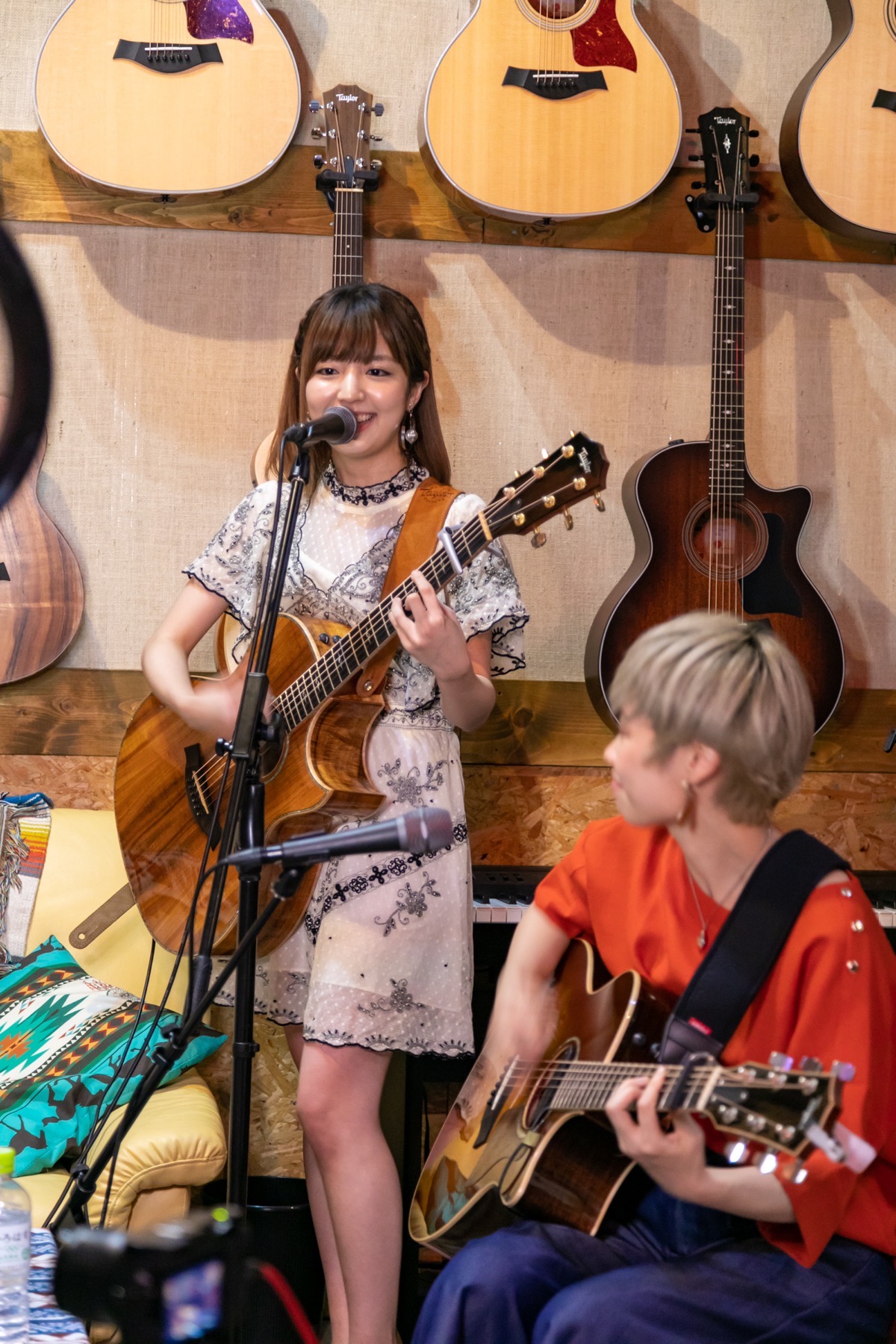 Taylor Guitars Roadshow “Home Edition” is a live streaming program brought to you by Taylor Guitars Japan on YouTube. The other day, a world-famous guitarist Stevie Salas appeared in the program. 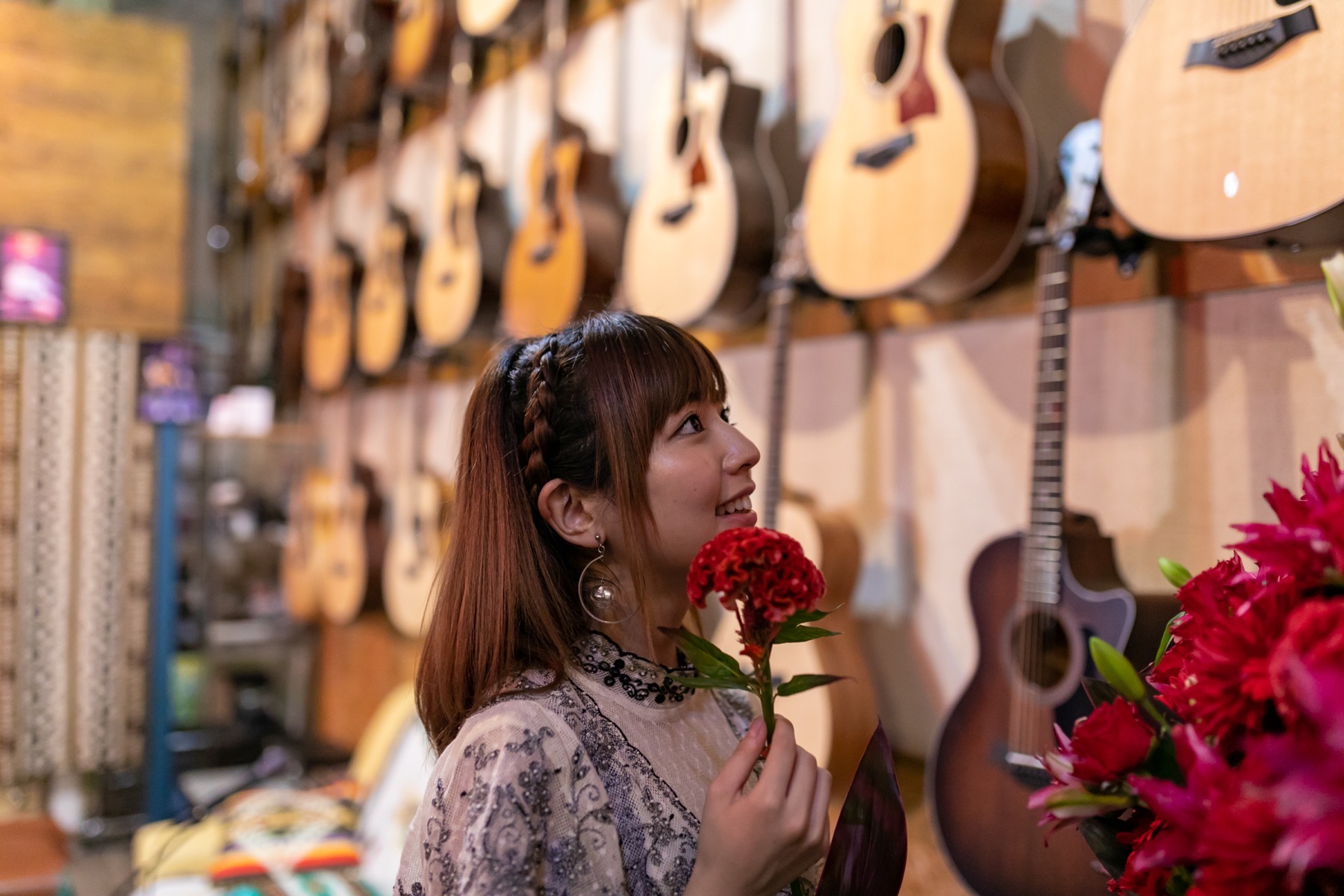