You Kikkawa’s last live show of her 20s titled “吉川友 10th Anniversary LIVE 2022の生誕きっか” took place on April 30th. She announced to release her 1st digital album “KIKKAWA YOU” and the day of the next concert in the show. 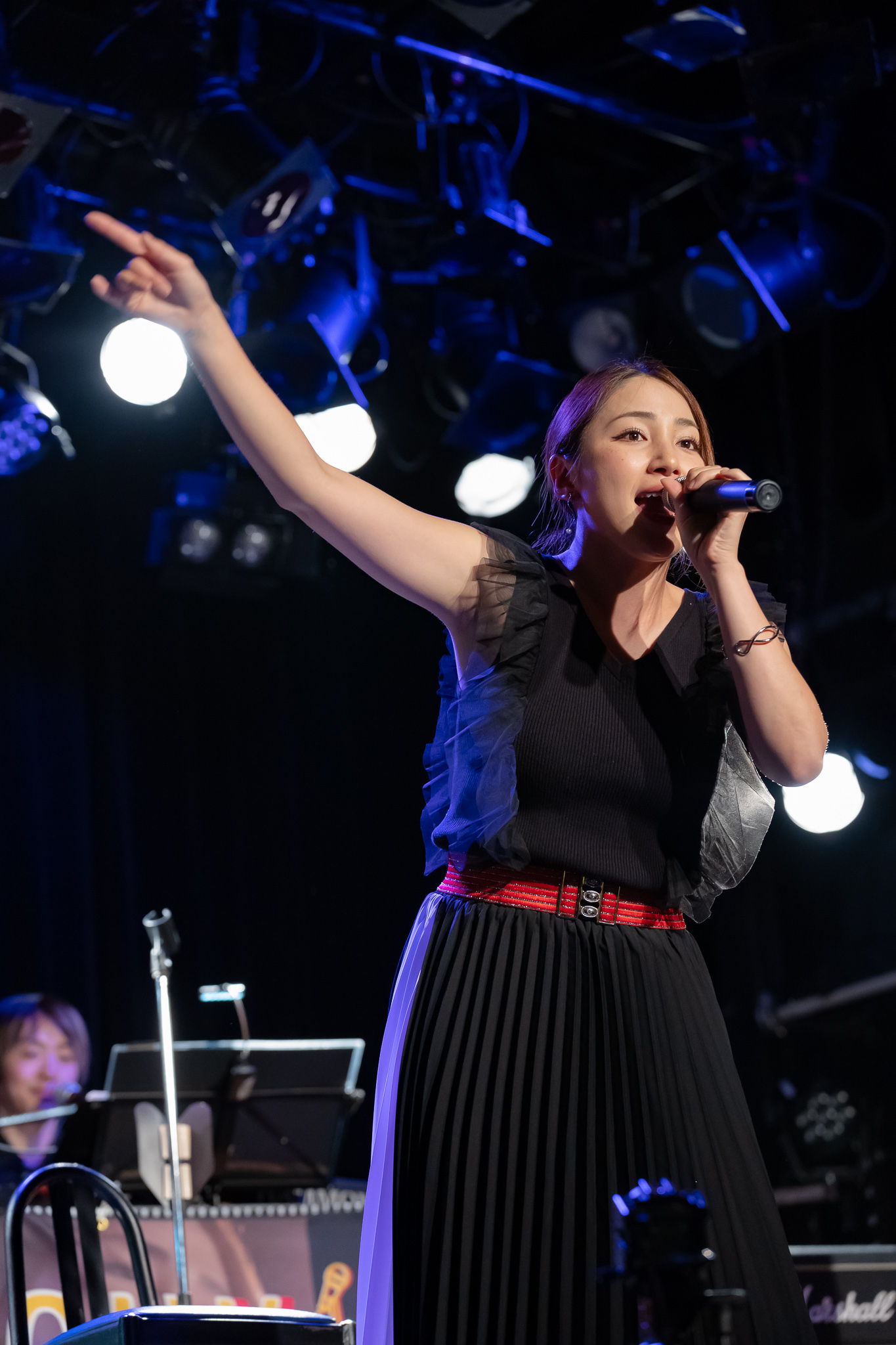 She performed many songs in the show and the song “ありのままのI LOVE YOU” that she sang had a new arrangement. The drums and bass made a tight groove, and the keyboard and guitar made a gorgeous jazzy sound. She sang the song closing her eyes and looking like to feel good the mood.

“In fact, the song which I sang is a new song. You might wonder what Kikkawa is saying. It’s a re-arranged and re-recorded song. Last year, I said that I wanted to re-record my songs which I had released”. Now, I will introduce you guys my new digital album named “KIKKAWA YOU” to be released on May 11th. The album includes my re-recorded debut song “きっかけはYOU!” and a smooth jazz version and so on.” 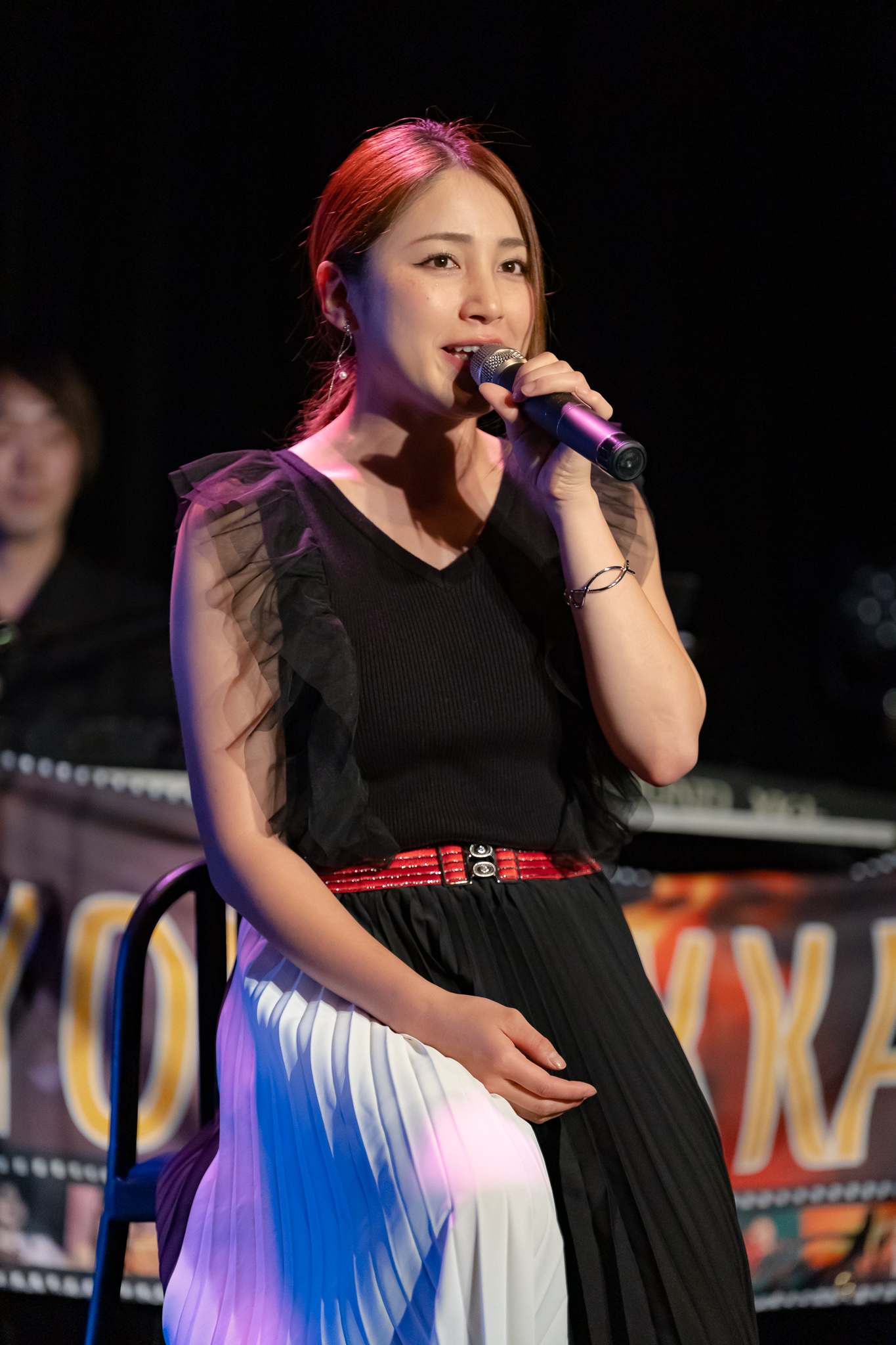 In addition to the release information, she revealed her next live show is going to be held on July 30th.

By the way, many stickers for newly licensed drivers were put on everywhere on the stage. So, she finally got a Japanese driving license. 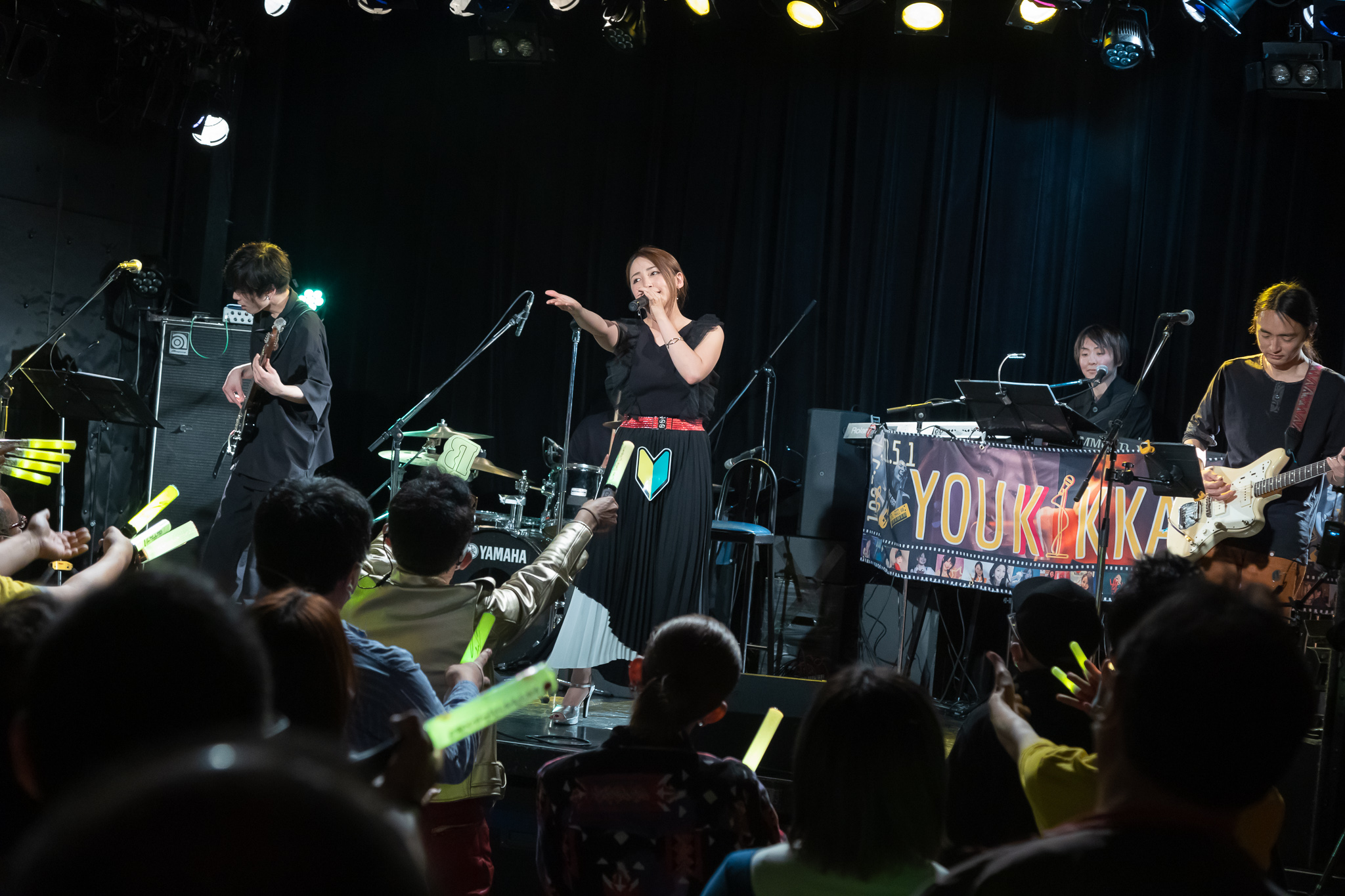