You Kikkawa held a regular show on November 23th.
The event consisted a “quiz with two choices” section and a live performance section. 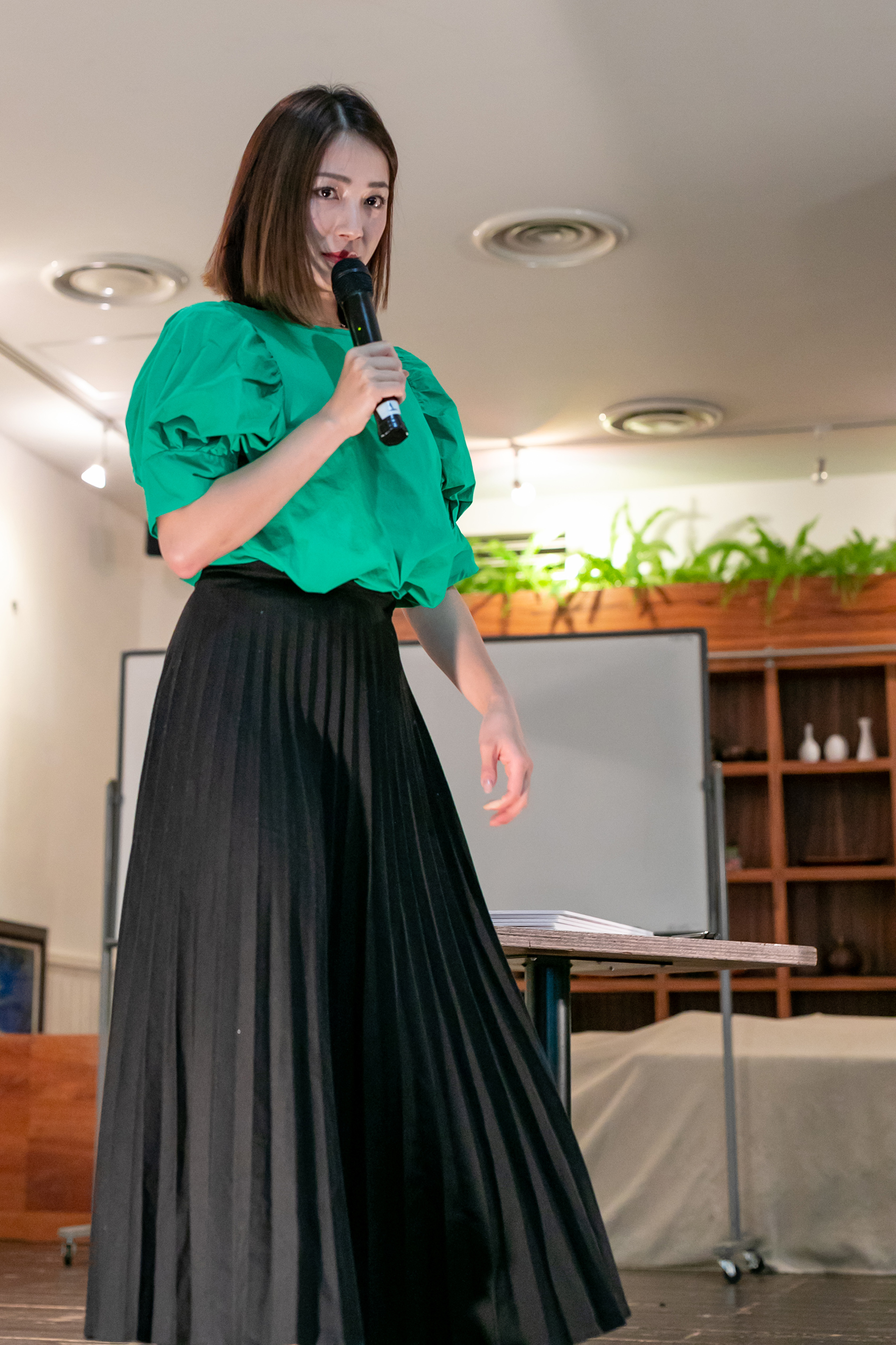 In the quiz section, she gave audiences some quizzes for example, “What is Little Green Dumplings’ texture similar to? Choice A was marshmallow. B was Minami Sengoku (Miiko)”.
(“Little Green Dumplings” is sweets sold in Tokyo Disney Sea.)
The answer of the quiz was choice B. She said she knew Miiko’s mouthfeel because she often bites Miiko softly. 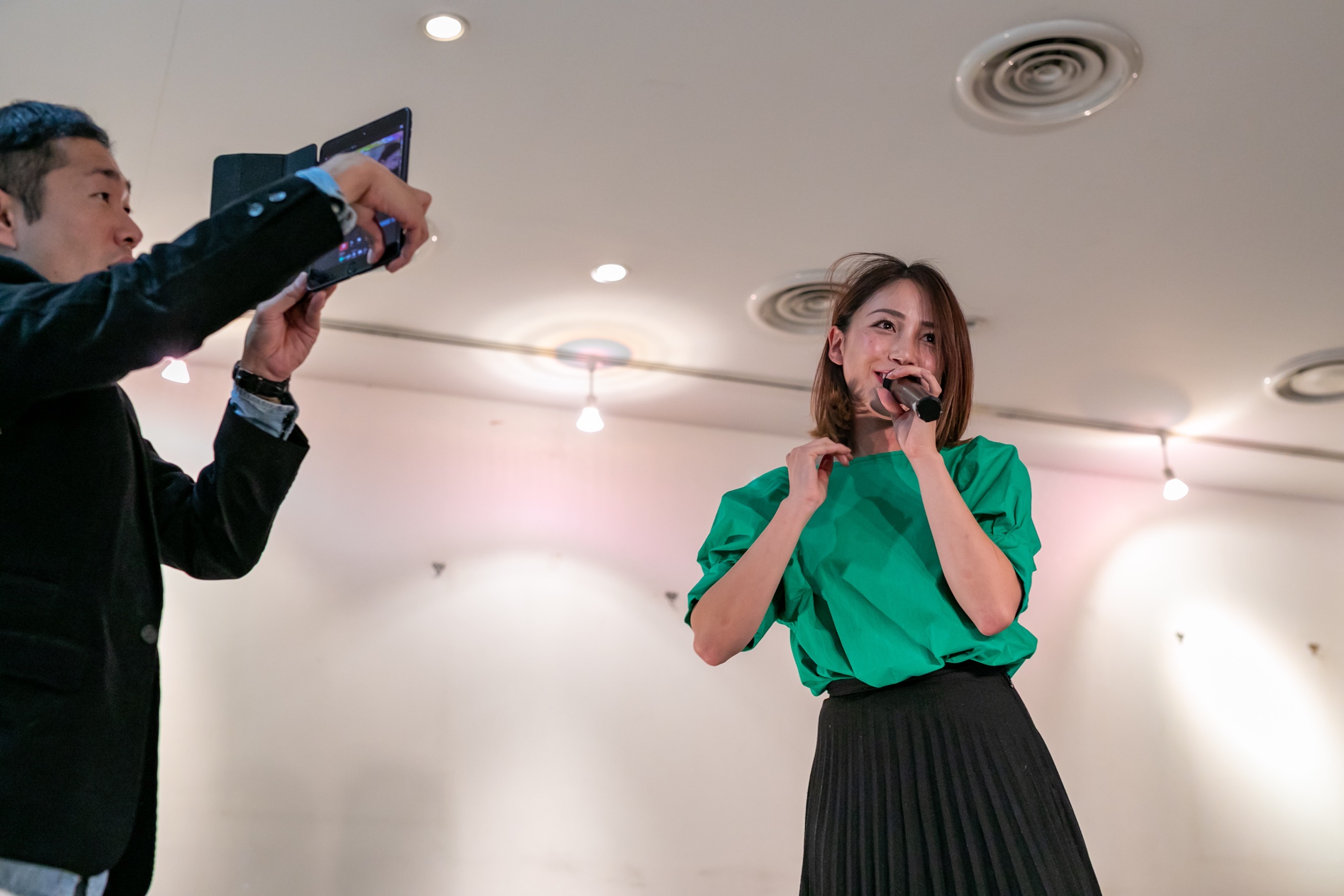 The place where she held the event at was a cafe “Pacific Heaven”, near Akabanebashi station and Tokyo Tower. This cafe space is there on the first floor of the building where UP-FRONT is, which Hello Project that Morning Musume, ANGERME, Juice=Juice, and so on is belonged to, is occupied in. 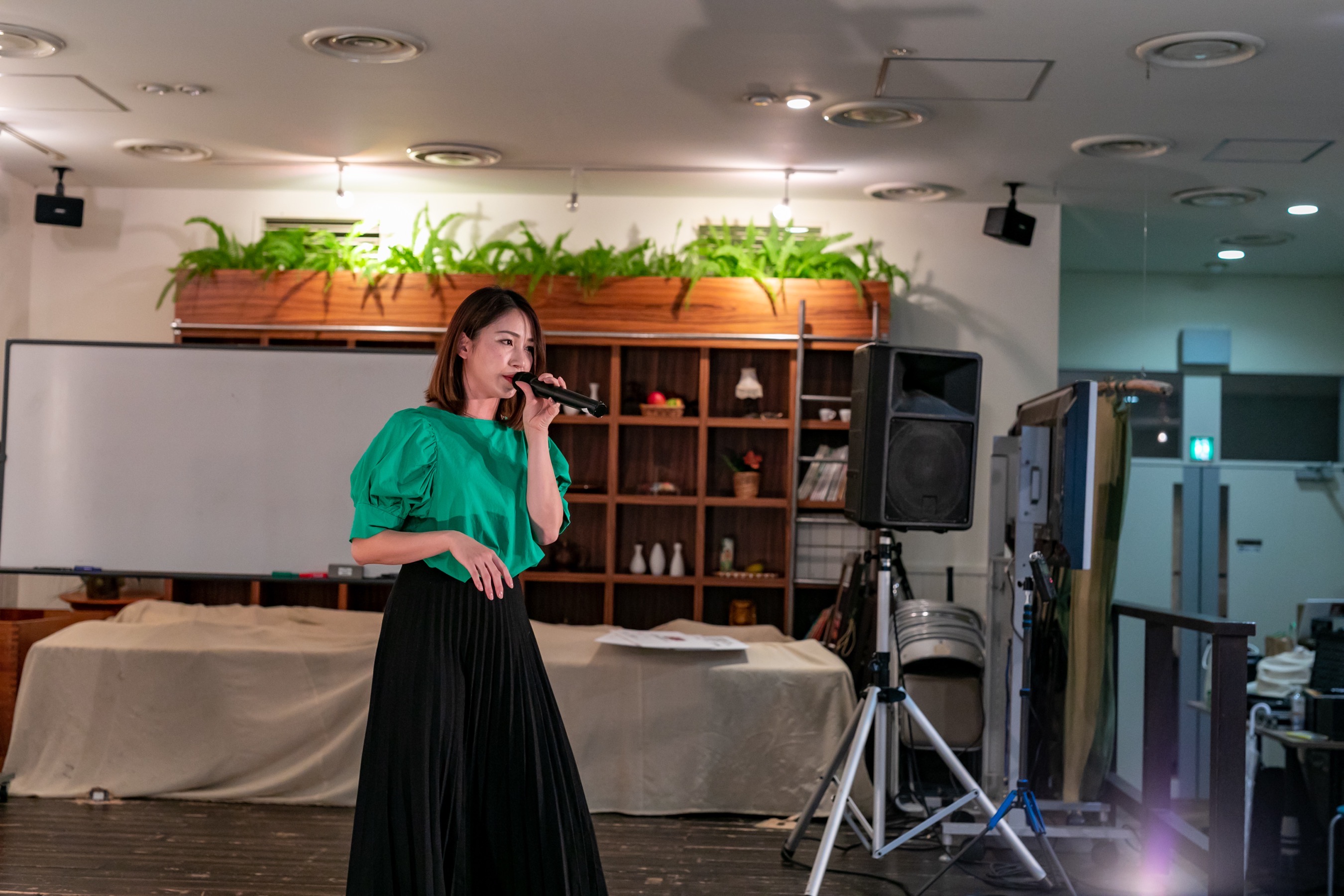 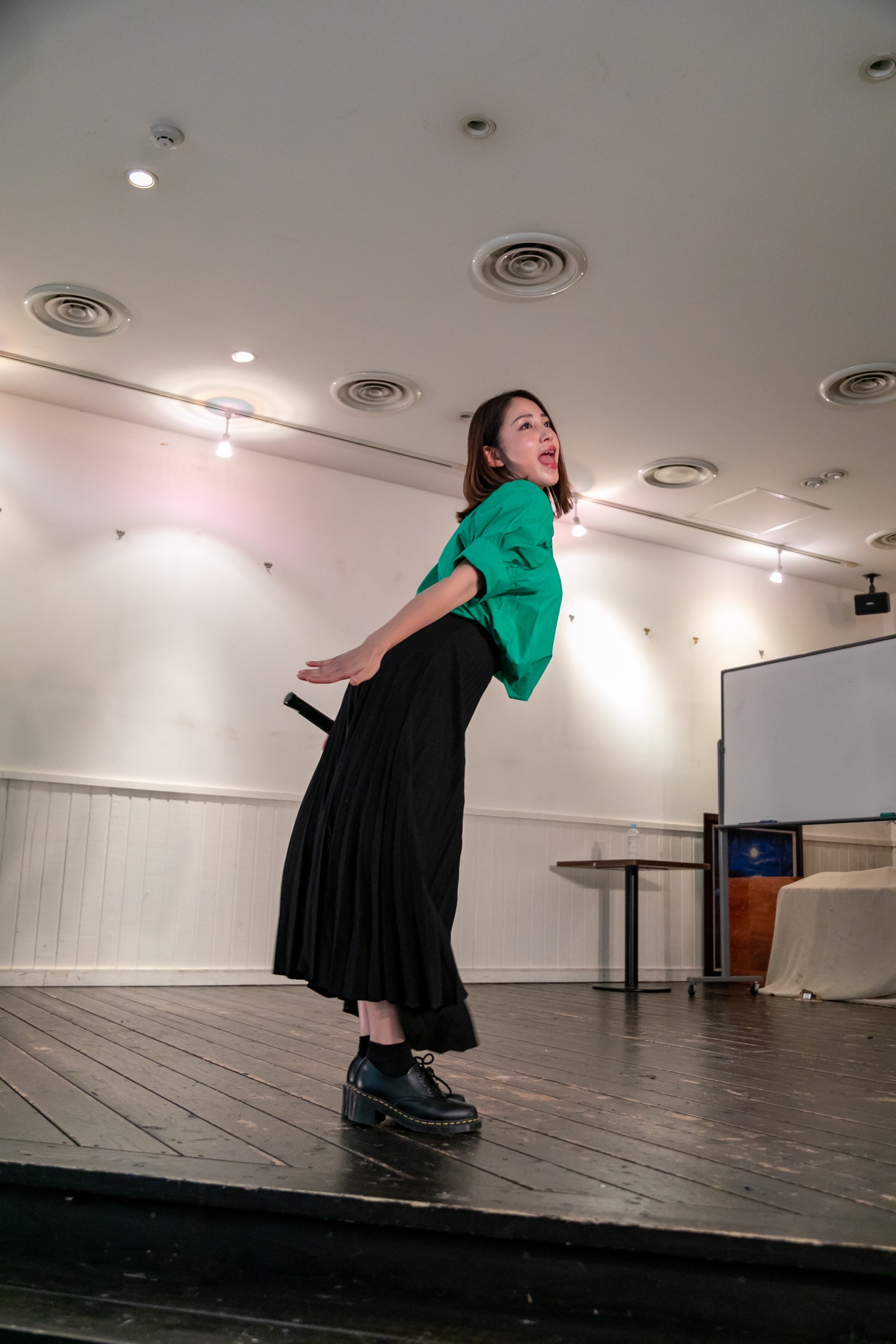