Their 2nd CD single "Roulette" will be released on February

PINK CRES. led by Miyabi Natsuyaki announced they are going to release a new CD single and decided on making a major debut.

According to their official site, their 2nd CD single “Roulette” will be released from Zetima(maybe…) on February 26th. Zetima is a major CD label which belongs to Up-Front Works and distributed by Sony Music. 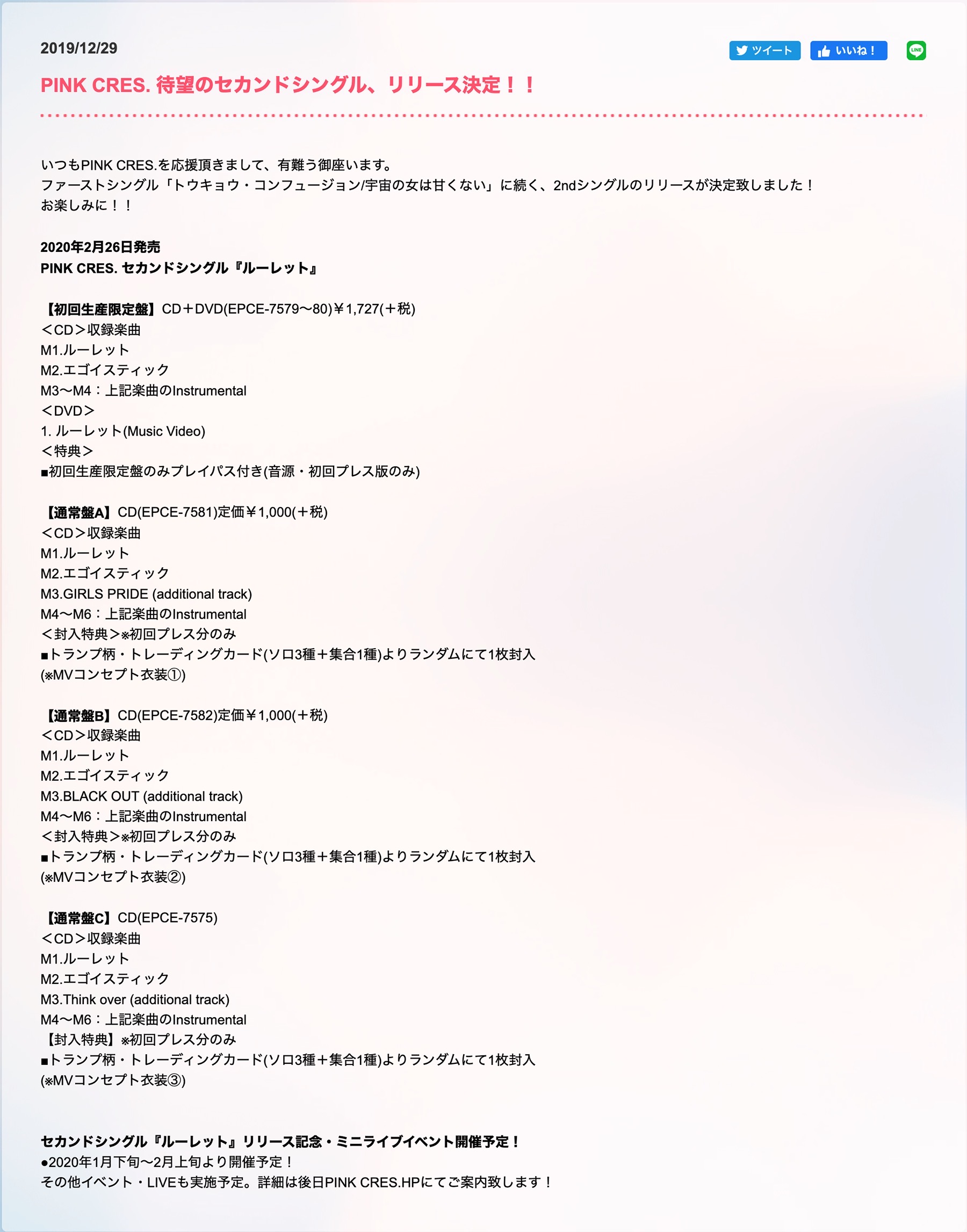 You can select from two versions of the single. The CD+DVD version contains a music video of “Roulette”. The CD only version has 3 types. Type-A has “Girls Pride”, Type-B has “Black Out”, and Type-C has “Think Over” as an additional track. These 3 songs were already performed at their live show, but it will be the first time to be recorded. 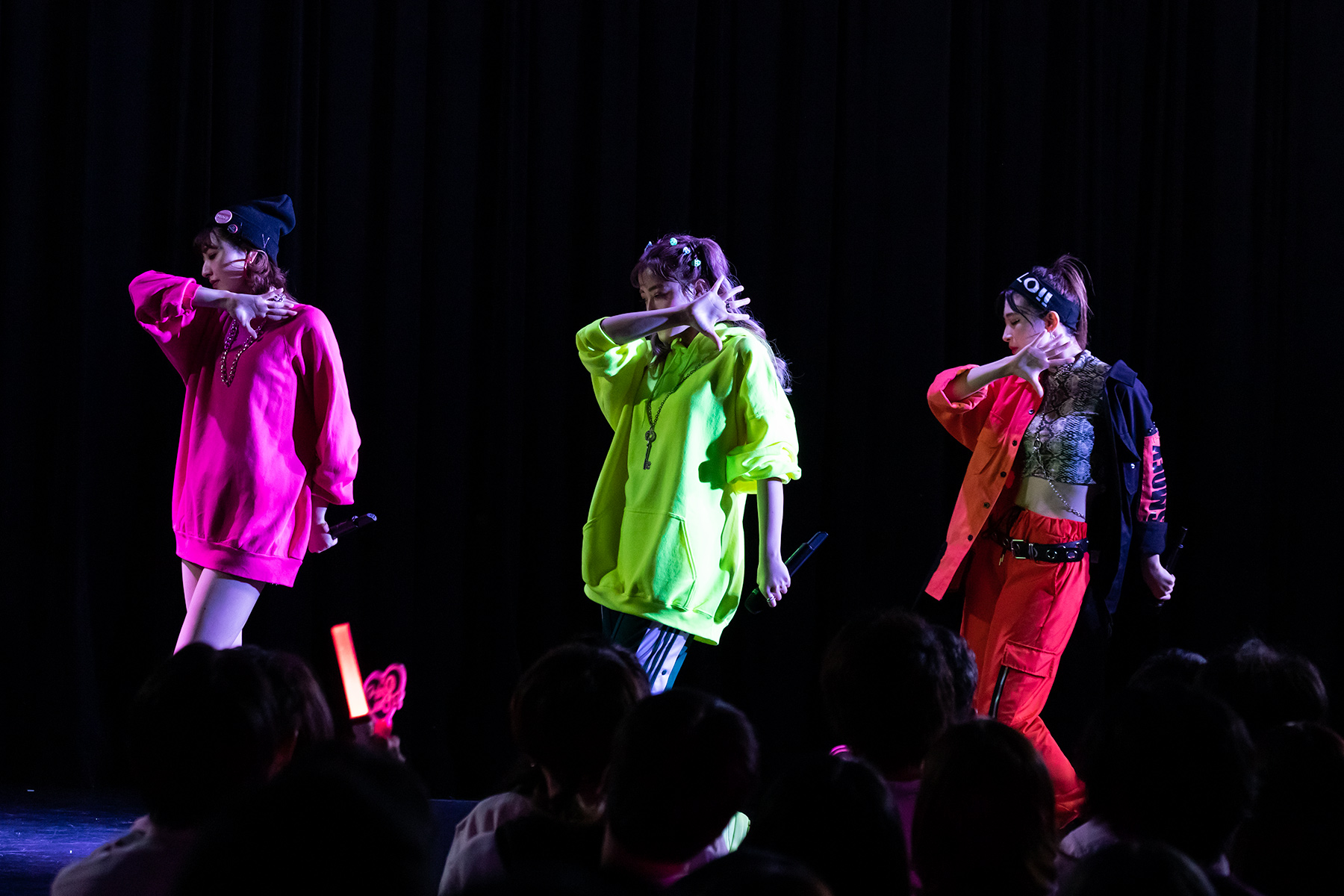 PINK CRES. consists of 3 members, Miyabi Natsuyaki, Hikaru Kobayashi, and Yuka Nihei. Miyabi-chan is the leader of the group and a member of the legendary Japanese girl group Berryz Ko-bo too. 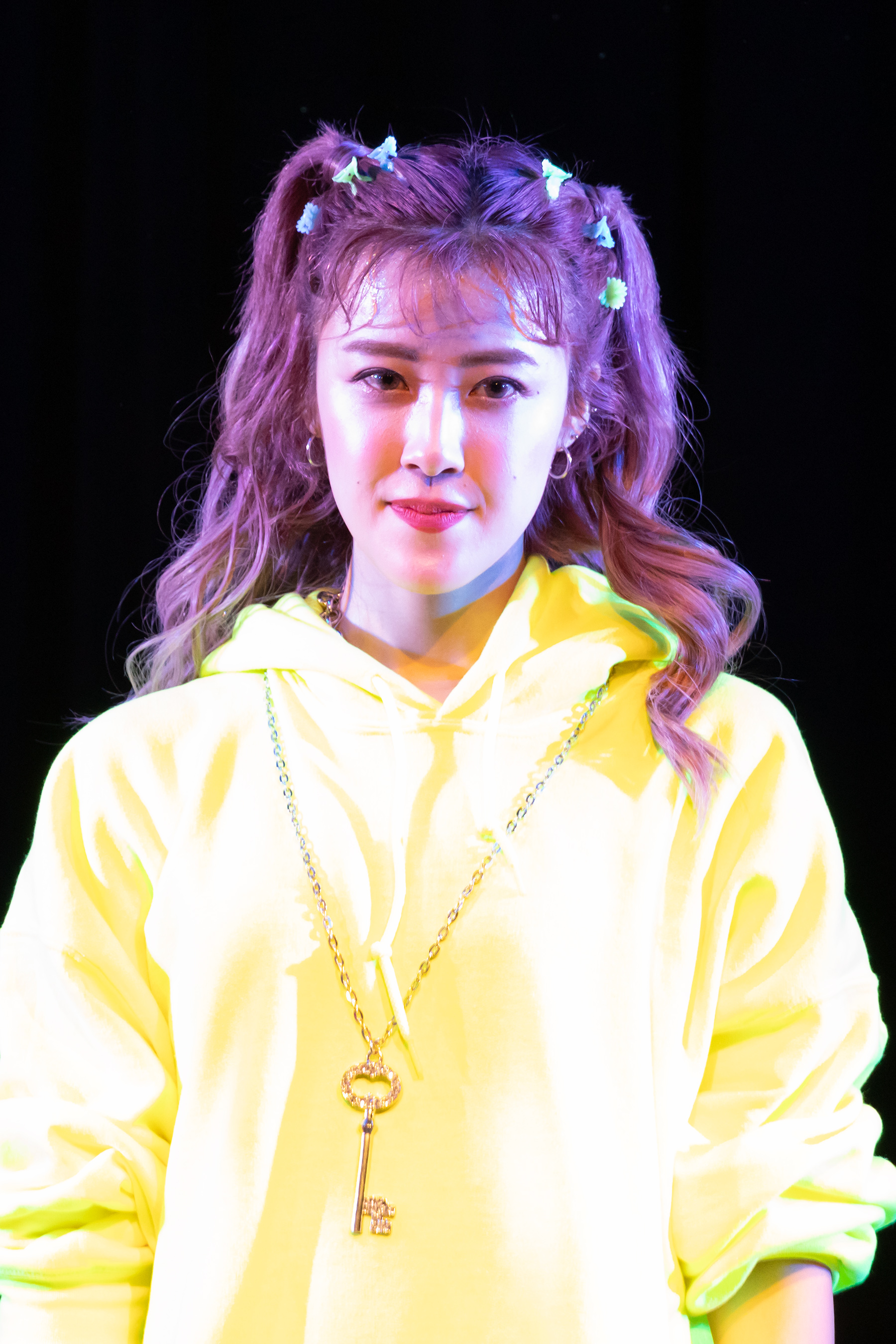